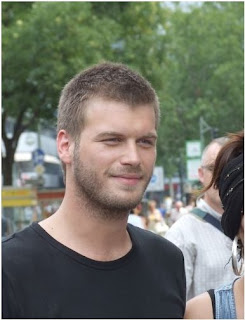 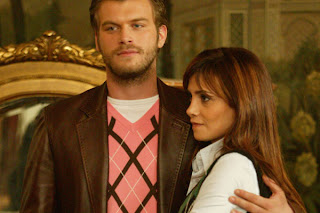 What time is it?
It's time to update you guys on what's happening in Noor. There are a lot of good things happening, and since I like Noor at the moment, I thought it's a good time to fill you in. So let's pick it up from where we left it. I ended the last post when Mohand was standing at the gate of the hotel and she was leaving the hotel, he got her some nice flowers. She was headed to a restaurant where she was supposed to have a business dinner. He offered to take her to the place but there was already a car waiting for her. So he followed her to the restaurant and sat in a table next to her and kept sending her notes through the waiter, the two people with her didn't notice. When it ended he also offered to take her back to the hotel, so she agreed. He was driving back and she realized he wasn't going to the hotel but to his house. So she made him turn back and drive her to the hotel.

Now Mohand has a sister and her name is Dana, and she's married and she has a little girl. It's the little girl's birthday party and Dana didn't want her kid, Alma, to spend it at the house because it'd be dull so she made a party at Noor's place and made Mohand bring Alma over. In the party things started to look really good and that there's a big chance they might get back together. But after a few days Dareen calls, remember the one who made Noor and Mohand's marriage fall apart? Well, she's pregnant and her mom finds out so she tells her either she'll get married or abort the baby. She told Mohand that if he wanted to help her, he'd have to get married to her. Of course Mohand refuses the idea, he is after all in love and married to Noor. So that Dareen calls Noor and meets her. She tells Noor about her problem and says that Mohand is willing to marry her but he can't because he's married. Now that was of course plain lying and Noor would have realized that if she could've thought clear. But she believed Dareen and files for divorce. When Mohand gets the notification, he gets really mad and he goes to see her and asks for the reason. She tells him to stop lying to her, and tells him that she knows that he wants to get married to Dareen. Now she hit a nerve, and Mohand tells her 'Oh so you believed her just like that? Is this what you really want?'
'Yes, it is.' Noor says.

The poor guy did everything for her and tried his best to get her back but now seeing that she doesn't have faith in him makes him accept the fact. Now well, I'll tell you a little about Mohand's family. You see they live in a huge mansion. Their grandfather is really rich. And Mohand is running their business instead of his grandfather because his grandfather thought it's time he retired. So in their house lives Mohand, his evil evil mother, his father, his grandfather, Dana his sister and her husband and their girl, Mohand's two cousins and the gardener and his daughter. The gardener's daughter Nada is Noor's friend. Now Nada's father dies and she moves out of the mansion to live with Noor. She's studying medicine and is also practicing in the hospital. So one day there's an accident. And at the same time a man with his wife arrives because his wife is very sick, he asks Nada to examine her. But Nada sees Dana's little girl injured and hurries to her forgetting the man and his wife.

Anyways, after a few days it turns out that there's a man following Nada, and he is that man who came with his wife for Nada to examine. Turns out that he took his wife out of the hospital and she died. He is blaming Nada, and so he follows her to her house and tries to strangle her. Noor gets back home and sees the man trying to kill Nada so she tries to push him away but he takes out his gun and shoots at Noor and runs away. So much for a dramatic show, I know :P
Well, Nada calls Mohand and tells him about what happened and he was in his car with his mother going to a party, he instantly turns back and goes to Noor's house. He panics of course. But Noor's injury wasn't deep and so he stayed with her all night in the hospital. He even got her a little present. He was with her all the night and just is by her side and telling her he loves her. She starts to realize she can't live without him too. And the next morning when she was supposed to go home, he was with her and he told her that he's taking her home. She refuses at first but he starts saying all those nice things, how he loves her and can't live without her and all. So she agrees, half the way she hesitates. But he asks her to trust him and go back. And she does. What a glorious moment, I tell you me and my sister started clapping because we were so happy. So he takes her home, now his mother was with him and she knew that Noor was shot but she didn't tell anyone because she didn't even care what happened to Noor. She just wants them to get a divorce so that she can get Mohand to marry someone of a higher class than Noor and someone she approves of.

Anyways, they were all happy that she got back, but when Mohand finds out that his mom didn't tell them that Noor was shot, he was furious. But well, it was all good because his sister Dana makes a party for Noor. The next day when Mohand was driving Noor to work, there was a traffic light so he stopped there. When the light was green he told Noor 'Will you marry me?' And he didn't move even though the sign is green. So she was like 'Mohand, are you crazy the light is green. Please drive.' He didn't and said 'I'll move when you answer the question' So she says 'But we're already married.' So he says 'But I want us to have another wedding' So she says 'Of course.
Ahhh it was so nice. Now they're preparing for the wedding with Dana, her husband and one of Mohand's cousins, without getting Mohand's mother to find out. I really think she'll do something horrible to try and get them apart. She already did asking Mohand to choose between her and Noor because she can't live with her. So Mohand says 'Mom, if my wife leaves the house it'll be with me. So you choose.'

HE IS BLOODY PERFECT!
Oh and they're here in Dubai, Mohand and his sister and another actress in the show. There was a chance to go see them but of course we couldn't. Although we wanted to so bad. We just wanted the interview online, he looks soo handsome! 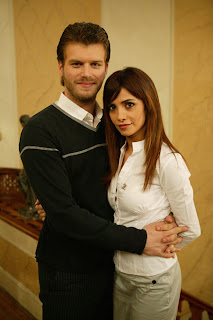 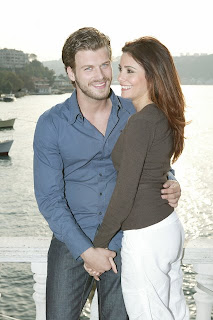 lol looks like the dust is settling at the moment, good :)

Thanks for the comment on my other blog and great, your knowledge seems to be increasing in its scope with each passing day :D Keep up the good work madam!

Hey, thanks a lot for your comment on both the blogs senorita :)