My hands smell of garlic, because we made pasta today which my family thought a bit tasteless but agreed on the end it was "delicious" because we cooked them dinner and they finished it. It's nice to cook. I cook with my sister but I usually give myself all the credit because I'm mean and selfish like that sometimes without knowing why. I think it tasted great. Beware, a chef in the making!! Yeah right!

Today was sort of dreary. We got our results from college which were beyond anything we would have expected. I know I'm bragging, but I own bragging rights for how scared I was of flunking biology. This sort of happiness doesn't last long, you're left with a very satisfying sense of gratitude though. I got upset because our holiday has been spent mostly at home, when all we would have liked is to have gone on an outing somewhere. We didn't even go watch a movie at the cinema, our last being Harry Potter and the Deathly Hallows Part 1. How sad I know. It's just that sometimes we wait for others to make things happen for us, and we realize it very late that we have to make things happen for ourselves. No complains though because we've been watching some pretty decent movies. The last being The King's Speech which was bloody brilliant.

Reading wise, I'm on my 3rd book this holiday so that's a major accomplishment. Though my reads have not been so entertaining to be honest. Dan Brown's The Lost Symbol was good but I'm craving a good classic!! I'll pick up something soon and if it's not satisfactory then I'll re-read one of the classics I love. (Sounds like a perfect plan to me!)

Here's to being yourself, throwing tantrums at the silliest things and not knowing what to say in so many moments. Not saying it's good, but if it's part of who I am then it's good for me!
<3
by Noor @ 11:57 PM 2 comments:

I am so frustrated with Arabs that I simply have to write about it. By Arabs I'm talking about different kinds of Arabs and here are a few:

Song writers: I don't know why lyrics are getting not only so cliched but even so silly and sometimes downright... I can't find the word for it, you can't listen to them without thinking that they seriously think people listen to a song without understanding what it says. This has got to do with every one in the music industry, but I really feel sorry for their talent which is going to waste.

Teenagers: Who listen to songs with really shameful meaning, thinking it's so cool. It's not, and if you actually took time to listen to the song you'd never listen to it again.
You're not supposed to talk English to each other, it's ok to talk Arabic. I hate that I almost let myself become one of those but I am trying harder to talk Arabic, I won't talk English anymore just because it's easier and it might make me look cooler. I don't need that. English isn't cool, we should do more of an effort to feel proud of our language.

TV shows (Anyone working in those shows): Can you please come up with interesting shows that are watchable and don't make a person want to bang their head on a wall? It's just outrageous. Just when we all thought real TV was out for good from here, it came back strong with a show about a "so-called" famous couple following their regular day-to-day life. First off, hardly anybody has ever heard of them, second it's so fake you can feel it.
Then this show I really hate, which I've never watched except maybe an hour of, just to see what it was about. The show is about celebrities' dreams and they make them come true. Could we be more superficial, material and unfeeling? I have no idea how come nobody ever cares about making a regular person's wishes come true!!! Those celebrities can make their own dreams come true, are we supposed to watch the show feeling happy for them because a "childhood" dream of theirs came true?
Can we have a show that gives? Simply gives to people, and I don't mean another contest show. I don't mind those, but how about giving to people who deserve it. I remember one time a show was trying to make a difference. A girl in Egypt worked selling things in streets, she was very young around 13 to 14. One of the show presenters went and gave her a makeover to make her feel better about herself. Wow! That's bound to make her life better, it's all about how you look. If you look pretty then there you go, you're future is secure. One outfit, she'll outgrow it soon, and she can hardly wear it everyday... Was that their best idea for the girl? It is so frustrating!!

I don't want to spread hate, I'm not I am just upset at hoe things are. How we are presented with things beneath us yet we are accepting them and beginning to like them. Can we rise above some things? Can we feel proud for who we are?
I would like to make a request of Arabs around me: You know you're not the only one living in this world, there are a lot of unprivileged people who need help and at least your sympathy. Can you listen to their problems, and try to understand without jumping down their throat with an attitude that says 'I have it worse!' Can you gain back your trust in people? Will you stop telling me all the things wrong with us Arabs and instead do something that shows me you're not like the rest and there's hope? Can you, I am trying. I am. And I'm not saying that to point the finger and sit back putting all the blame on everyone else. However, I'll stop. I just need people to stop listening to people explaining how they understand my frustration over Arabs and the fact that they feel it too, I need to see them trying to change that. If they don't, it just says they don't even care to change it.

PS1: Please excuse the grammar mistakes, I wrote it when I was frustrated.
by Noor @ 12:35 AM 3 comments: 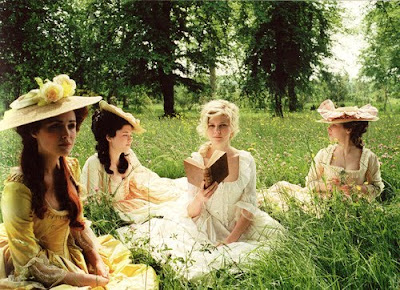 I clearly remember it was a Friday afternoon a few years ago, and like any good student I was supposed to be studying. That's what we usually did back then. I had a few pages left of the novel I was reading, so I was greatly tempted to finish it. As a general rule, I don't read when I'm supposed to study because the feeling of guilt doesn't make reading as enjoyable as it should be. For that particular situation however, I chose to read. The book was too tempting so I decided against studying, and I chose to finish it. It wasn't a very hard decision to make, and no one was around to catch me reading when I was supposed to be studying.
I just sat reading, wishing the book would never end. It was heartbreakingly beautiful. The author made you lose all hope, and just as you started to despair, flickers of happiness are waiting for you.
There's nothing, and I repeat nothing like a well written classic to take you to another time and place. Getting lost in the words and the beautiful language. Is there any better feeling in the world? Just about to finish a novel, not wanting it to end, wanting the best for the characters you love for a dose of hope, and simply letting the events take its course. Finishing the book, and not wanting to pick another because you know nothing will top it. You dwell on it for a day, and then give in to the itchy feeling that demands you to start another book and belong to it fully.

PS: If you're interested in the book I mentioned, it was North and South by Elizabeth Gaskell. I never mentioned it here so here I am.

The Name of the Rose - Umberto Eco 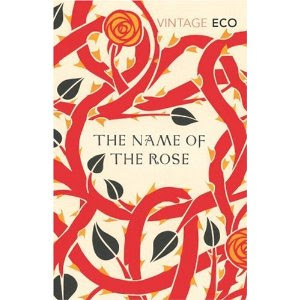 To be completely honest, I have to re-read the book to understand it well. I felt there were a lot of things I didn't understand because though I've read a few novels about churches and Christianity, I don't have enough background to catch up with the author's brilliancy.
I know I'd enjoy it if I could understand the mystery from the beginning. It's just a scary tale about crimes and books! I loved the way he made this book about books, and how passion can be misleading is genius.
I'd give a short description of the book, but other websites do it better since I'd focus on things I was interested in. At times the book made me feel I can change the world, but at other times it makes you feel like whatever you do has no effect. It makes you think, about right, wrong and how to judge between those.

Here are a few quotes I liked:
"Books are not made to be believed but to be subjected to inquiry. When we consider a book, we mustn't ask ourselves what it says but what it means"
Page 307

"After so many years even the fire of passion dies, and with it what was believed the light of the truth. Who is able to say now whether Hector or Achilles was right, Agmamemnon or Priam, when they fought over the beauty of a woman who is now dust and ashes?"
Page 384

Have to thank Victoria who recommended this book!!
by Noor @ 12:35 AM 2 comments: